From the day hubby & I set foot in Joburg, everyone we met would point towards the distant skyline and say -” You see that tall cylindrical tower with the red Vodacom signage (Ponte) and the tall thin Telkom tower? Well, NEVER go there, EVER. If you land anywhere close to them, just run for your lives.”

Not just us, every expat and every tourist has heard this and I still read it frequently on travel websites focusing on Joburg. But its time to dispel certain misconceptions and stereotypes about the inner city – Hillbrow, Berea, CBD and the surrounding areas. And especially about Ponte – a 173m high, 54 storey residential building in the heart of the city, believed to be the tallest in all of Africa. Most locals still cringe if asked to go anywhere near this place.

I had been dying to visit this part of the city ever since we moved and finally I found out about Dlala Nje, an organisation located in the heart of Ponte. Started by Nickolaus Bauer and Michael Luptak, this organisation runs a community centre in Ponte, providing kids of the building and the area, a safe place to play and develop. 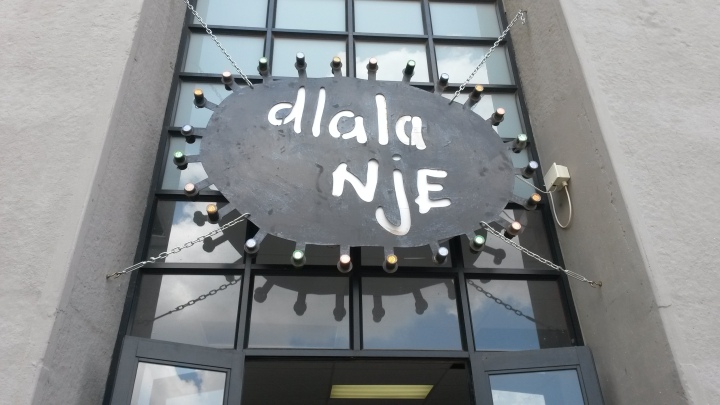 In addition, as a means to raise funds for the centre, Nickolaus & Michael conduct walking tours of Hillbrow and Yeoville (details can be found here) every weekend. I contacted them and on a bright clear Saturday morning, a group of us found ourselves in Ponte! The most important aspect of this tour is the access to Ponte. Since Nickolaus moved into the building a few years back, while doing a piece on it (he is a journalist), we actually went up to his apartment on the 51st floor – and the views were simply stunning.

In the pictures you will see that the building is cylindrical – hollow in the middle. This is called the ‘core’ and was designed to allow more light into the apartments.

A little bit about Ponte, as told to us by Nickolaus. Ponte opened its doors in 1975 and was built for the crème de la crème of the city. The then thriving neighborhood was THE place to be and was a melting pot of cultures. However, by the mid-1980’s, things went downhill for the area in general and Ponte in particular. Crime soared and drugs, prostitution and gangs roamed rampant. In the 1990’s, after the end of apartheid, most of Ponte’s original residents left and the building was taken over by gangs, becoming a hot bed of criminal activities. It turned into the most dangerous address in all of South Africa.

Residents living there described the place as a hellhole – brothels operating in the parking lots and on several other floors which had been stripped bare and garbage piled as high as 5 storeys in its core. It was also known as ‘suicide central’ at one point and there were plans to turn into a high security prison. However, in recent years, after a change in ownership, Ponte has undergone a massive overhaul and has been cleansed of the gangs and squatters. Although not restored to its former glory, the building has been refurbished and is currently almost fully occupied. I am told that there is a waiting list of people who want to make it their home! The current owners run the building with an iron fist and access is very restricted, with strict rules that the residents have to abide by.

Having finished the tour of the building and its core, we headed out to the streets of Hillbrow. We attracted a lot of attention, but more of the curious kinds. The locals were very friendly and some even wanted to get their pictures clicked! We also walked all the way to the infamous Telkom tower and the Summit Club, a long standing brothel, and voila – nothing happened! At no point during the tour or on the streets, did we feel threatened or scared.  The tour ended at a ‘shebeen‘ – a local bar in the area, with much needed chilled beer and casual conversation. 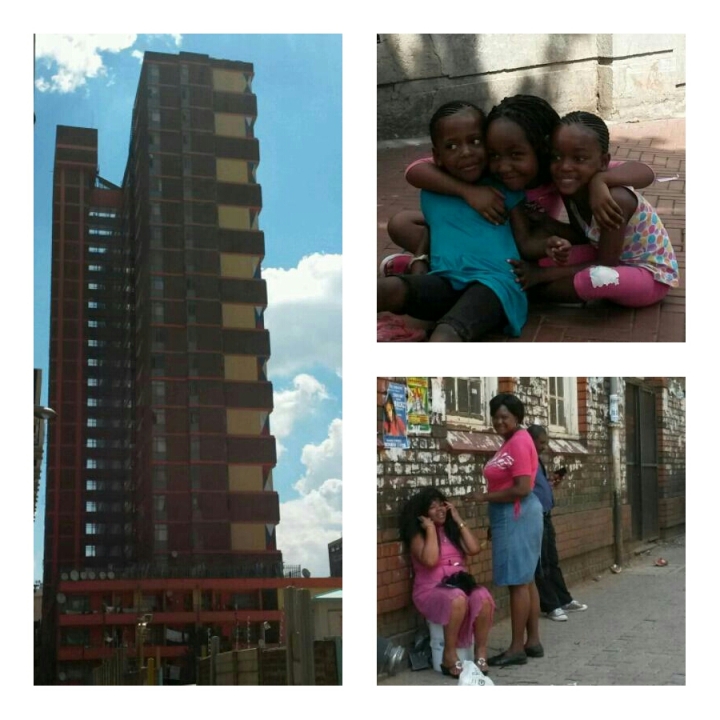 One thought on “In the tall shadows of Ponte”