It was my husband’s birthday a few weeks back and a couple of his friends gifted him a surprise adventure tour. I just happened to be a a lucky beneficiary and boy, was I glad!

So really early on a Sunday morning, 7am to be precise (I was none too happy about it coz I do like my sleep), we were whisked us off by a friend to the Ann van Dyk Cheetah Centre (previously known as the De Wildt Cheetah Centre) near Harbeespoort Dam, an hour’s drive away. Until the night before, we had no clue where we were going or what was in store for us. On the way, we were informed that we were going to see some Cheetahs. But nothing had prepared us for what was in store.

The tour was to begin at 8am sharp and we were rushing along, hoping to just about make it. But as luck would have it, we were stopped by traffic cops for a routine friendly chit-chat. They wanted to check the drivers’ license and as expected – made a hue & cry about it not being an SA-issued one or having the words ‘international’ printed on it. Unperturbed – because this is a common experience for all expats – our friend went on to explain (for the umpteenth time), that the license was indeed an International one and her embassy had assured her that it was valid in South Africa. For the next ten minutes the conversation continued, with the officer emphasising  that it didn’nt say International and our friend re-iterating that she had had no trouble before but was ready to pay a fine if that was the case. Finally, the officer relented (having realised there was no money to be made here), saying he was letting her off with a ‘mild’ warning!

Having lost some precious time, we carried on towards the Centre as fast as we could. But by the time we arrived, the tour had already begun and we were told that we had missed the first cheetah run :(( But on the brighter side – there were two more to go! We were quickly taken to the viewing area which was a small enclosure with a concrete platform to stand on and a short fence separating us from the running area. A long elliptical wire track was laid on the ground  and cameras on stands had been placed at various points. The guide, meanwhile, explained that the second cat was being fetched and it was taking some time as they were GPS-tagging him! In a matter of a few minutes, a van arrived and out stepped two very young lady trainers. Apparently, the male cheetahs do not get along very well with the male trainers because of all the testosterone they give off! And hence, the male trainers have to work really hard to gain the confidence of the cats.

Coming back to the van, a strappy young cheetah was lured out with a piece of meat and brought towards the area with the cameras and wires. A small flag-like substance was attached to one end of the wire track and once the cat was ready, the flag was set off mechanically. The cheetah shot after it like lightening and in a matter of seconds, he was back at the starting point, feasting on the piece of meat he was earlier enticed with. I was so busy trying to take pictures that I almost missed the run. So for the next one, I decided to keep my camera aside and just enjoy the sheer beauty of watching the fastest mammal run at top speed.

The next cheetah to run was their biggest female cat, who liked to saunter into the running area from her enclosure, instead of being brought in a van like the others. We were told that although she was almost on the verge of retirement, she still liked to run and hence they brought her out once a week.

After the run, we were all taken to the auditorium for a short film on the Centre and the work they do. The Centre was established in 1971 to breed cheetahs and has since bred over 800 cubs. Over the years, the project expanded to cover other endangered species such as the African Wild Dog.

Following the session, we boarded one of the two ‘safari’ vans and headed out for an actual tour of the centre. Besides the cheetahs, the centre has been conserving vultures, honey badgers, brown hyenas, serval and wild dogs, to name a few. We stopped frequently to see and learn more about the animals. And it was rather dis-heartening to hear how vultures were frequently poisoned by poachers as they gave the poachers away by circling above killed carcasses. Most of these poor birds had lost their ability to fly. 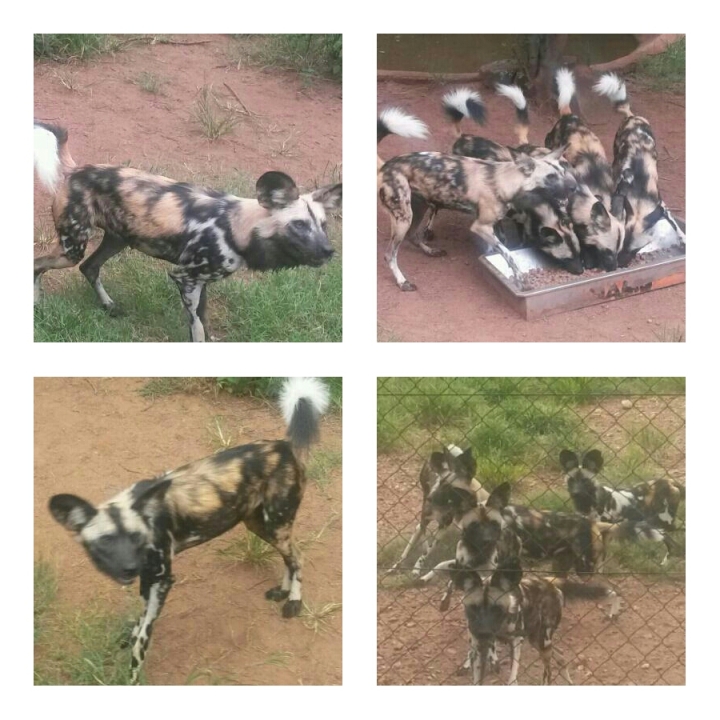 Wild dogs too are in urgent need of conservation as their numbers are precariously low. However, centres like these, find it extremely difficult release these animals in the wild or in other private parks as most already have a pack and don’t want more or are simply unwilling to take wild dogs. The highlight of the tour was ofcourse, the seven cheetah cubs. They were only a year or so old, but fairly big in size already.

The end of the tour came too soon and it was time to head back. I was no longer unhappy to have been up and about that early in the morning. Was well worth it.

The Van Dyk centre is open to visitors through out the week but tours need to be booked in advance. 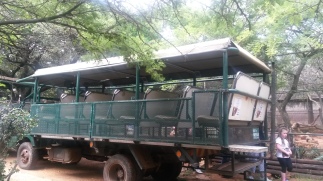 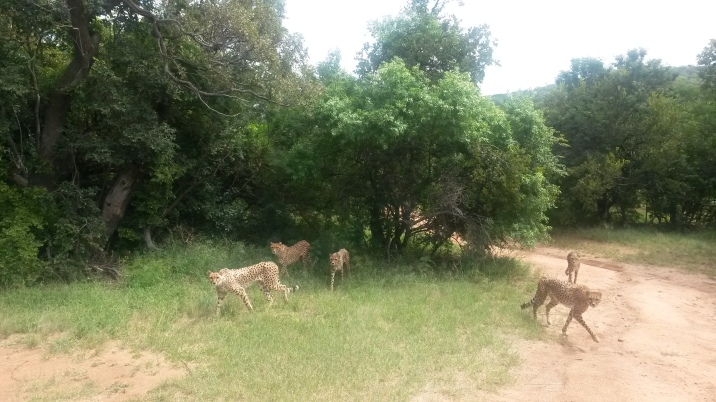