Groggy eyes, still half asleep, I checked Facebook this morning only to find myself tagged on this picture! It took me a while to realise that my sister had tagged me to a post that said – ‘Starting young’. Taking a proper second look at this picture, I was taken back in time when our mother would hand us both a book and sit us down on the potty! This is where the longest love affair of my life began.

In the beginning it was just ABC and picture books but those were soon replaced by the Noddy, Famous Five and the Secret Seven. Reading wasn’t just about the potty anymore. I remember all the summer holidays I have spent dreaming about potted ham sandwiches, ginger ale and adventures of my own in ‘ the enchanted woods‘. Having been brought up in a small town in India, I had no idea what any of these foods meant. But this only added to the charm and mystery. And there were no woods to speak of. Only jungles of concrete. I am thankful for my vivid imagination.

Enid Blyton’s characters made dreaming fun – whether it was living with the girls in Malory Towers or imagining that my doll was another naughty Amelia Jane. But before long, I found myself on the Orient Express, with Agatha Christie’s Hercule Poirot.  Both Miss Marple and Poirot vied for my attention, but I must confess, my heart always belonged to the latter until the day I discovered Nancy Drew! Days in the week and hours in the day were not enough for me. Little did I know, juggling lovers would indeed be so tricky!

And I hadn’t even started on the classics yet – Jane Austen, Charles Dickens, Emily Bronte, Mark Twain. Not to forget, that there was tons of homework and exams to get by and of course, real friends to meet. Whoever said life was easier when we were still at school. Baah!

As the years went by, young adult fiction was replaced by Sidney Sheldons’, John Grishams’, David Baladaccis’ and Robert Ludlums’. These were my faithful companions for many-a-years on the 18-20 hour train journey I used to undertake atleast four times a year, from my town to Delhi, whilst a student. Even to this date, I never undertake any travel, be it for work or leisure, without a few books in hand.

Business school broke the myth about ‘boring’ books as I devoured the story of Apple, Google, Rich Dad, Poor Dad, Lakshmi Mittal’s battle for a global empire in Cold Steel, J.R.D Tata’s biography The Last Blue Mountain, among others. Not only did they provide useful insights to case studies and strategies but urged me to dream on, and dream big.

My world grew. I travelled even without leaving my couch at home. I came to know the suffering of women in the once progressive nation of Iran, the struggle of a man to set up schools for girls in Pakistan and Afghanistan, the continuing strife in Gaza and the amazing journey of a pack of elephants in South Africa, years before I even set foot here. I also went back in time and met the Mughal rulers, Nefertiti, Caeser and the British monarchs.

Now, more than ever, I have found companionship and solace in books and for that I will be forever grateful to my mother. Thank you mummy for starting me off early! 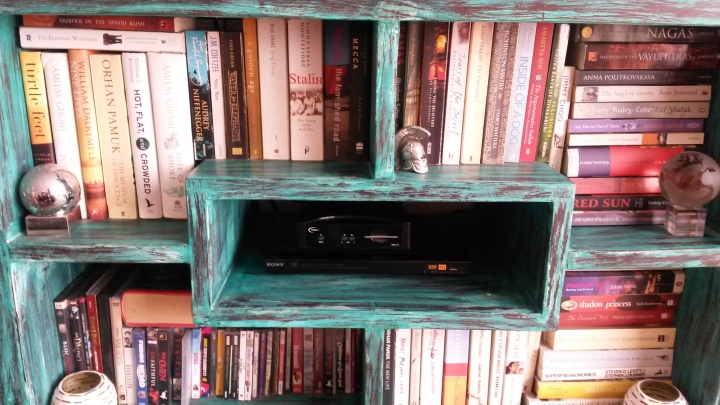 A few authors/books that I would recommend (not in order of preference) and definitely not exhaustive! There are so many more I would like to add…..

1) Chimamanda Ngozi Adichie – Half of a Yellow Sun, Purple Hibiscus, Americanah, and others.

2) Orhan Pamuk – Istanbul, My Name is Red, The Museum of Innocence, and others.

5) Amitav Ghosh – The Hungry Tide, The Glass Palace, Sea of Poppies, and many more.

6) William Dalrymple – The Last Mughals, Nine Lives, City of Djinns, and others.

8) Haruki Murakami – Norwegian Wood, Kafka on the Shore, Wind up Bird Chronicle, and others.