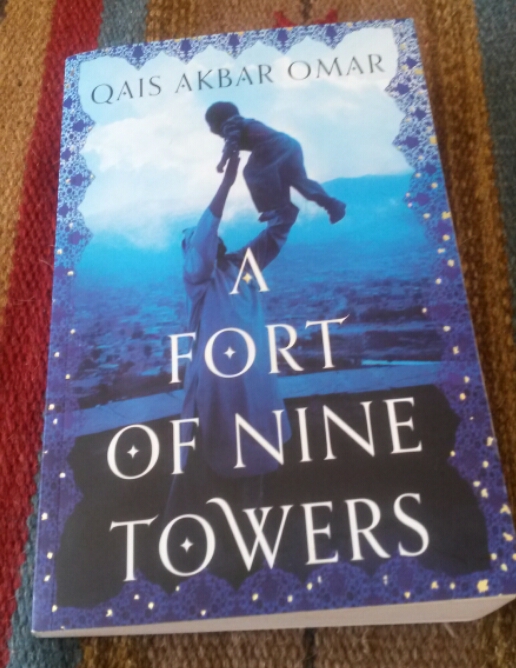 It may seem like I only read books on Afghanistan, with all my previous book reviews being based on that country! But that’s not true. While I read a lot of different books, I only choose to write reviews on the few that have really struck a chord with me.

So here is another one from the war-torn nation: A Fort of Nine Towers, by Qais Akbar Omar.

Although the book created a lot of ripples in the publishing world and was featured in many prominent ‘Must Read lists of 2013’ such as Oprah, Goodreads, etc., I happened to stumble upon it when I looked-up Qais on the internet, after reading Shakespeare in Kabul (another great read), co-authored by him.

A Fort of Nine Towers is about Qais’s life, from the time he was a young boy of seven or eight until he was nineteen, and old enough to shoulder his responsibilities towards his family. Some may describe the book as mind-boggling or distressing but according to me it’s a very honest account of the hardship, distress and cruelty that an Afghan family suffered after the out break of civil war, followed by the coming of the Mujaheddin and finally the Talibanisation of the country.

Living in the caves above the Bamiyan Buddhas, traveling with the nomadic Kuchis, driving across the breadth of the country in a small Russian-Volga sardined with seven other people, learning how to make carpets and subsequently starting a carpet factory; all of these may sound very exciting and adventurous, but these were all acts of survival undertaken by Qais and his family in a bid to escape death and the horrors of war.

Qais writes in a simple yet engaging way, describing beautifully the very essence of an Afghan life. He writes about how young Afghans break into poetry every time they see a beautiful girl, how families of 30-40people stay together in the same house and share the same food, how they love to make jokes and small talk before actually conducting business and how it would be insulting to an Afghan if you left his house at lunchtime without eating with him. What touched me most was the fact that even in such uncertain times, how different Afghan families opened their doors to Qais and his family, despite never having ever met them before. They not only offered them food, but a place to stay. Acts of kindness, so rare these days.

The heinous crimes committed by the war lords, the killings of innocent people, the kidnappings, rapes, constant bombings – are all described in a very matter-of-fact manner. Its unimaginable what one such experience would have done to a young boy, let alone a series of them. Re-living it again through this book must have been painful, but Qais wanted the world to know.

“I have long carried this load of griefs in the cage of my heart. Now I have given them to you. I hope you are strong enough to hold them.” Qais Akbar Omar