Last year, whilst looking for some weekend entertainment, K & I just happened to stumble upon the Fête De La Musique by chance and we had a great time listening to all kinds of music and bands playing on the streets of Melville (a Bohemian suburb of Joburg, as described by wikipedia!). So this year too, we kept our ears open and headed off to Melville on a sunny winter’s day!

As the name suggests, the Fête De La Musique is a music festival that takes place in Melville each year. Organised by the Melville Residents’ Association, the Alliance Française of Joburg and the French Institute of SA, this is a free event, providing a platform to both amateur as well as professional musicians to perform in it. This year was the festival’s third edition and its popularity has been growing with each passing year.

The best part about this event is that the main streets of Melville, where most of the cafes and pubs are, are cordoned off and made pedestrians only. On either side of the road, tables are laid out by the many restaurants lining the streets and lots of small stalls selling knick-knacks, food and other things set up shop as well. Drink in hand, one can just saunter down the street, listening to different beats of music as multiple performances take place simultaneously – either on one of the two main stages or inside the cafes.

Although the festival festival starts at 10am, the majority of the crowd only comes in the late afternoon as performances go on till about 6-7pm. We didn’t  really know much about any bands or their music, but it was not a bad way to spend a Saturday afternoon listening to some jazz and drums. 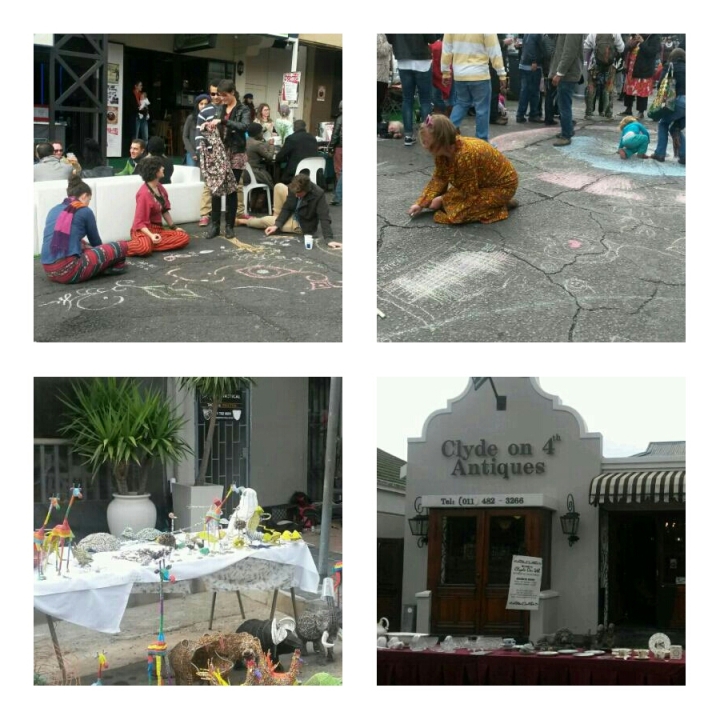