I have been waiting for Mia, (the dog and not the blog!) to turn one…and she finally did this week! Since Mia is a rescue pup, no one really knows her actual date of birth. We were only told that the litter was born sometime in the second half of September. So adding K’s and my birth dates, I decided that 23rd September would be the little monkey’s birthday!

Obviously the little munchkin did not know what all the fuss was about – with me going nuts trying to get her to wear a party hat! Having failed the first two times, I finally managed to get a picture before she tore the hat to pieces. 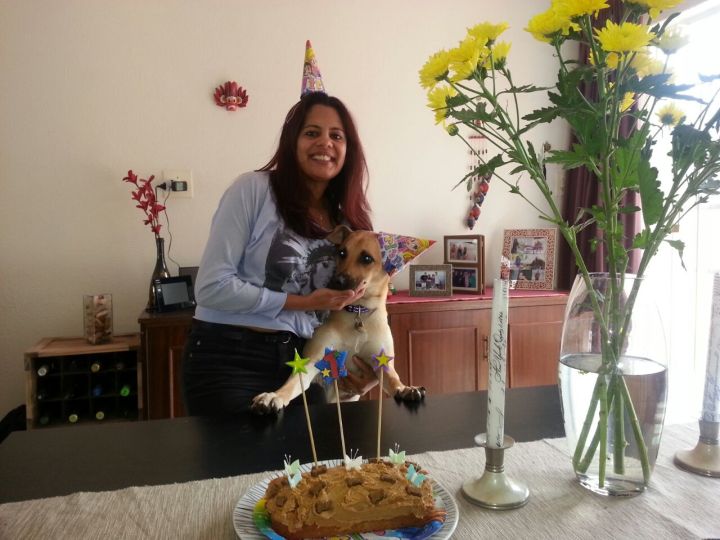 Mia only had eyes for the cake on the table though. It was as if she knew that it was her’s and her’s alone! I had baked a carrot and peanut butter cake, which is fine for dogs to eat. She devoured half the cake at lightening speed – my efforts were not a waste thankfully.

The lucky dog received some new toys and chews as pressies, most of which did not even see the end of the day! Later in the evening, she also got to go to her favourite park and spend some time with her friends, regaling the events of the day I suppose.

Looking forward to many more years of happiness and companionship……