The next stop on our German holiday after Munich, was Berlin (you can read about Munich and Oktoberfest here and here). To make the most of our time, we took an overnight train from Munich to Berlin. This was a great way of not only saving time, but money too! We did not need to spend on a hotel – which we would have used only to sleep.

German trains are efficient, comfortable and cheap if you book in advance. Read ‘The Man in Seat Sixty-One‘ for great tips on train travel. He is amazing! Our train left Munich promptly at 22:15hrs and arrived in Berlin at 8:04am. After a good night’s rest in the sleeper cabin, we were ready to take on Berlin almost immediately!

Most of the main sights in Berlin are located in the travel zone AB. Since we needed to drop off our bags at our hotel in Mitte and get to some of the other sights too, we bought a full day AB zone pass for EUR 6.90 per person. Once validated (make sure you validate your ticket or you will have to pay a fine if checked), this pass is valid until 3am the next day! Great value for money if you are looking to use public transport extensively. There are other passes too such as the Berlin Card which makes sense if you are looking at visiting a lot of museums as it offers great discounts and unlimited travel on public transport.

We were in Berlin for three days and had booked a nice apartment/hotel in Mitte (the first and most central borough of Berlin, after East and West Berlin were unified). Located on a quiet street, Flower’s Boardinghouse was just a 10-minute walk from Alexanderplatz – the city’s most famous square popular for the 368-meter high Fernsehturm TV tower, shops and  bars. Our apartment was a spacious junior suite that came with a fully equipped kitchen, a comfy double bed, a couch and a writing desk. It was more than we could have asked for. Every morning, coffee and croissants were available for free at the reception. A really nice touch I think.

I had already chalked our our plan for the next three days. To begin with, we were going on a free walking tour! There are lots of companies that offer these tours around Berlin and in my mind, walking tours are the best way to see a city. I have also realised that most guides on free tours are really good, because the only way they make money is through tips at the end of the tour. So if they are not good, they won’t be tipped!

Instead of going for a traditional tour that covers the main city sights, we opted for an Alternative Tour, that would cover unusual places, street art and show us the artistic side of Berlin. This tour tours starst from Alexanderplatz three times a day – 11am, 1pm and 3pm, and last about three hours. Soon after checking in, we hurried off to the square to make it for the 11am tour. We were a large and motley group and our guide (her name eludes me now), although originally from Finland, found herself at home in Berlin!

With her we explored the underground art scene around Alexanderplatz and Kreuzberg (home to a large Turkish and immigrant population as well as a thriving art community). The tour ended across the Spree river at YAAM – Young African Art Market. The place sells good Afro-Caribbean food and has cheap drinks and reggae music. They have also made a ‘false’ beach replete with sand and sun beds!

Continuing with the theme of graffiti and art, K and I went off to check out the East Side Gallery, a 1.3km long segment of the Berlin Wall that has been turned into an open air gallery, featuring art works and graffiti. 118 artists from 21 different countries painted the wall after its fall, depicting the political events that took place at that time.

For the next day, I had booked a tour and talk, to see the inside of the plenary hall of the German Bundestag or Parliament. Besides its famous dome, there is much to see in the Bundestag. Entry and tours are free but numbers are limited so it is advisable to book in advance. Our tour included a visit to the dome along with a brief talk in English about the plenary hall and the functions of the parliament in general.

From here on, we walked through the Tiergarten towards the Brandenburg Gate, stopping briefly at the Sinti and Roma Memorial which was created to commemorate more than 500,000 Sinti and Roma people, branded as Gypsies and killed under the Nazi regime. Berlin has many such sights and museums that are stark reminders of its dark past.

Built in the 18th century, the Brandenburger Tor or Brandenburg Gate is a short walk from the Bundestag and is an important landmark. Surrounded by the wall, this gate symbolised the division of the city for 30 years but after the fall of the wall, the gate was officially opened to traffic in 1989 and has now become Berlin’s symbol of unity.

Not far from here stands Checkpoint Charlie, divided Berlin’s most well-known border crossing. You can see the original soldier’s post and border crossing sign here. The walk from Brandenburg Gate towards Checkpoint Charlie will take you through Memorial to the Murdered Jews of Europe, also known as the Holocaust Memorial. The memorial was built in memory of the six million Jewish victims of the Holocaust. The memorial as well as the exhibition centre are free of charge.

Enroute we also made quick stops at Potsdamer Platz, which was completely destroyed in WWII but later emerged as Berlin’s answer to Time’s Square, and the Mall of Berlin – where we had  the best Vietnamese food (at the food court).

The walk back from Checkpoint Charlie to Alexanderplatz took us through sights like Gendarmenmarkt, a majestic square consisting of German and French cathedrals and a concert hall; the State Opera (which was unfortunately undergoing refurbishments), Humboldt University and Bebelplatz. In 1933, it was at Bebelpatz that Nazis organised a book burning where around 20,000 books were destroyed. A memorial consisting of a glass plate set into the cobbles, giving a view of empty bookcases, big enough to hold 20,000 books, has been built at the site.

We had reserved our third and final day in Berlin for the museums and the Berliner Dom – the city’s largest and most magnificent church. The view from the dome of the church is breathtaking but be ready for a steep climb of 270 steps! Entry costs EUR 7 but the cathedral is closed to the public during services and events.

Berlin’s Museum Island consists of five museums but only three are open at present – the Altes Museum which features a collection of Egyptian Art, the Altes Nationalgalerie, which is an art museum and the Pergamonmuseum which houses relics from Ancient Rome, Greece and Egypt.   If you want to visit more than one museum, check for a combined ticket as those are cheaper.

This concluded our three-day adventure in Berlin. Oh, and we also managed to catch a show of the Blue Man Group on the last evening!

Some more pictures of Berlin. 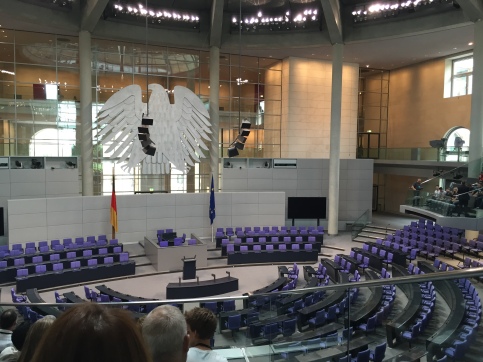 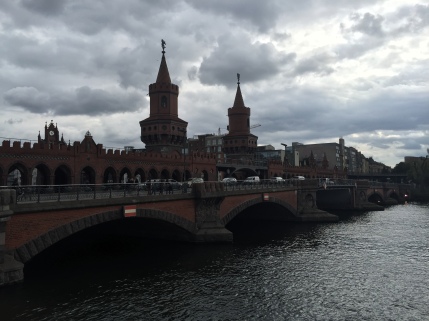